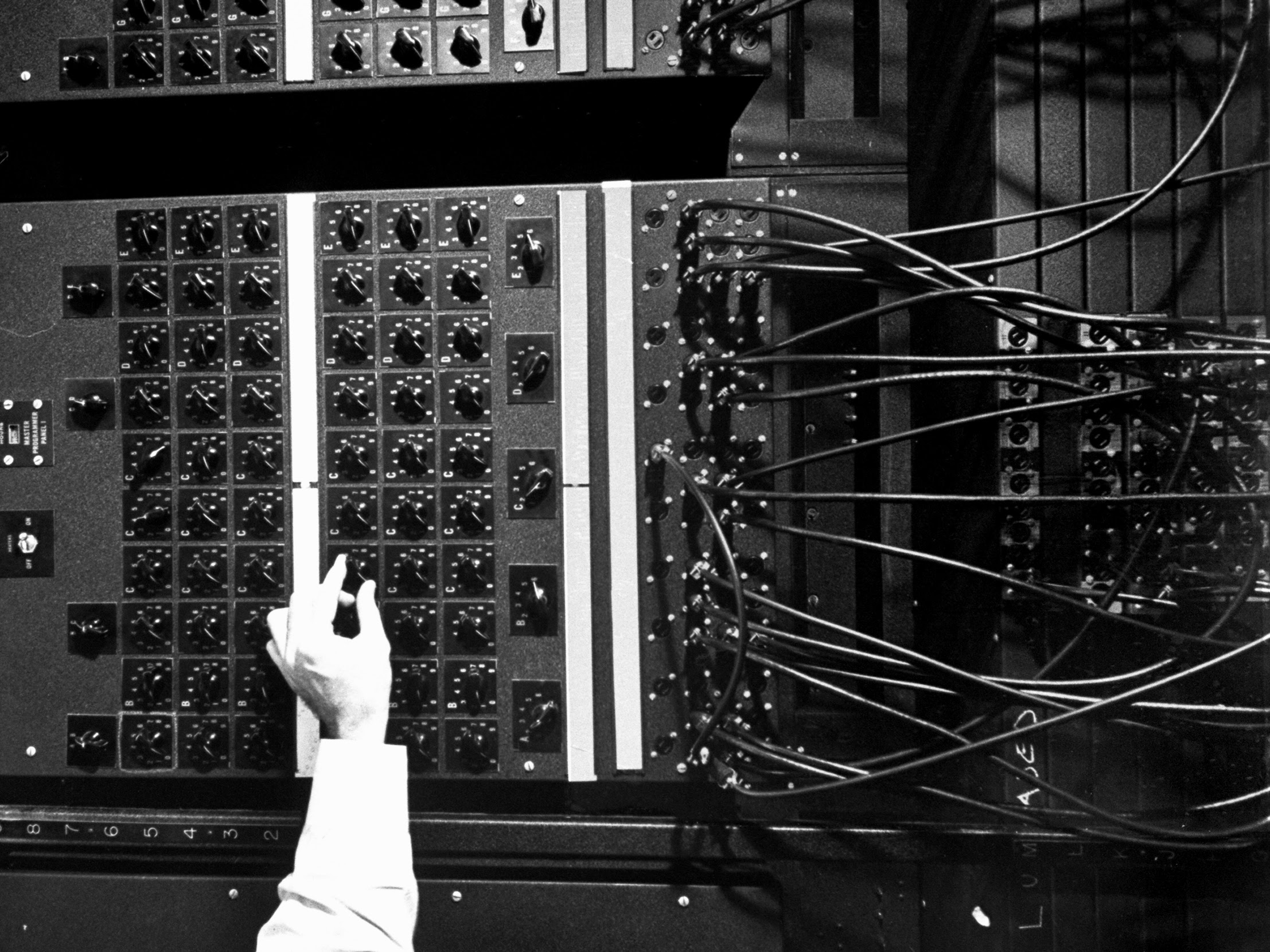 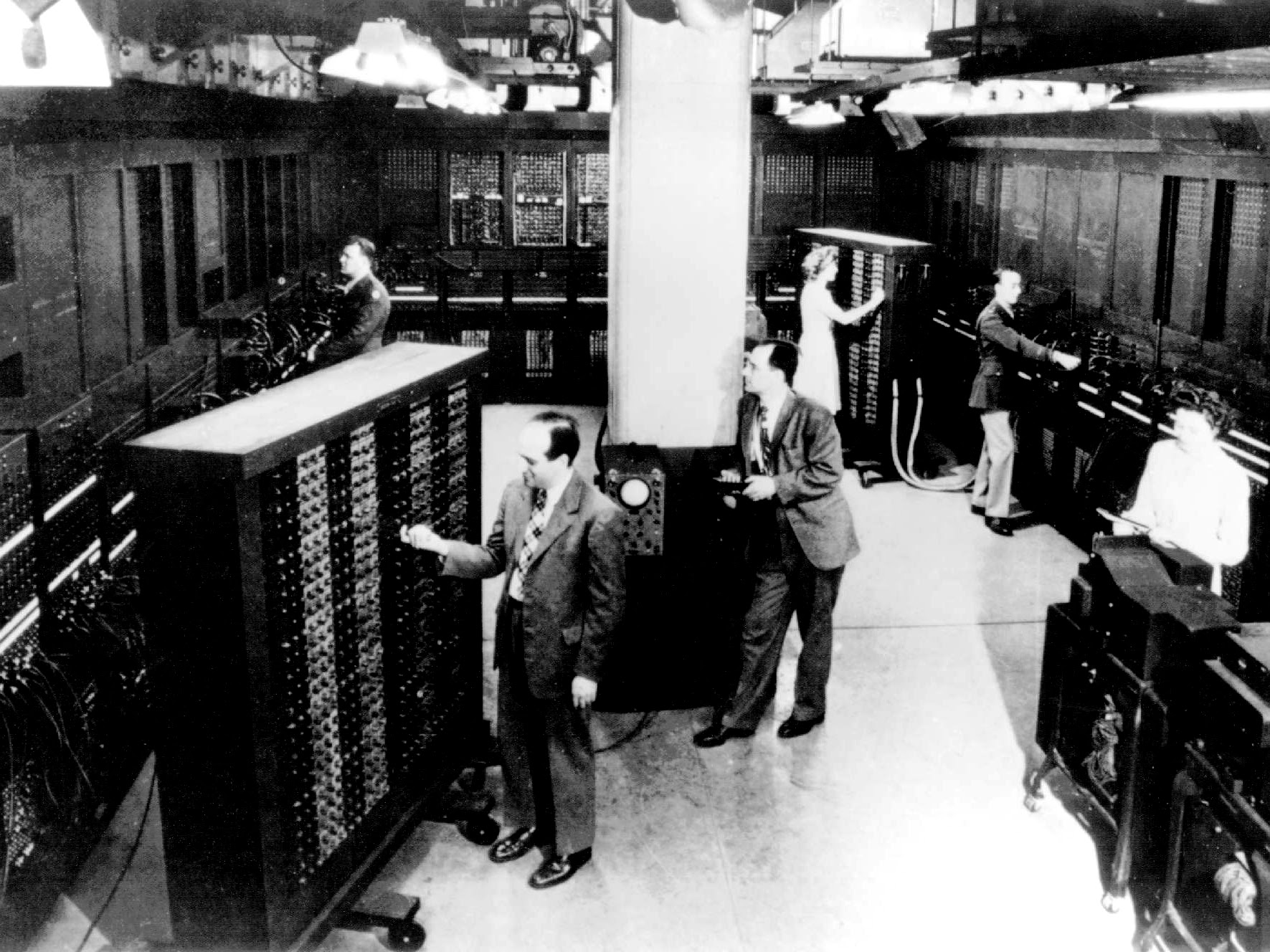 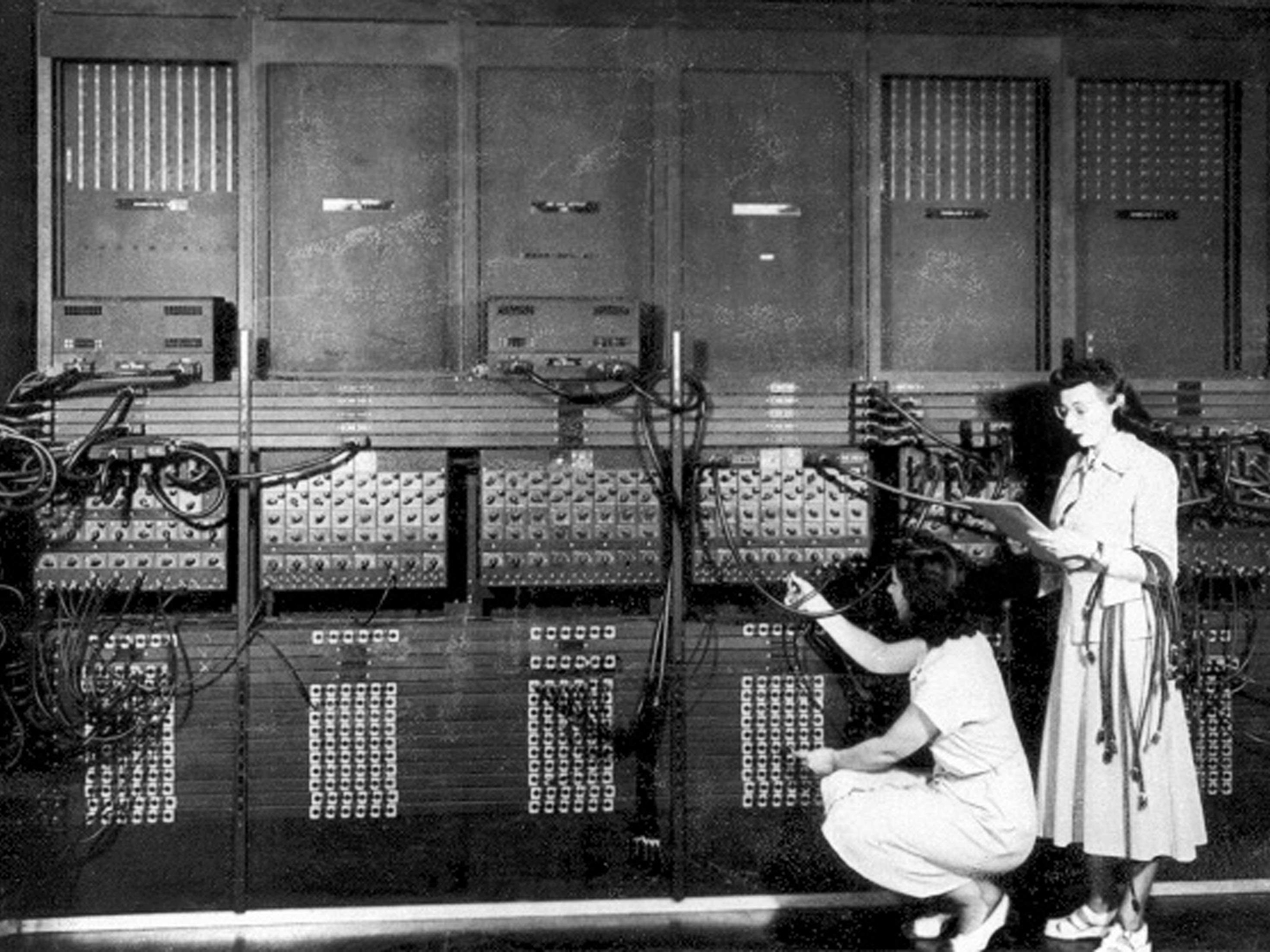 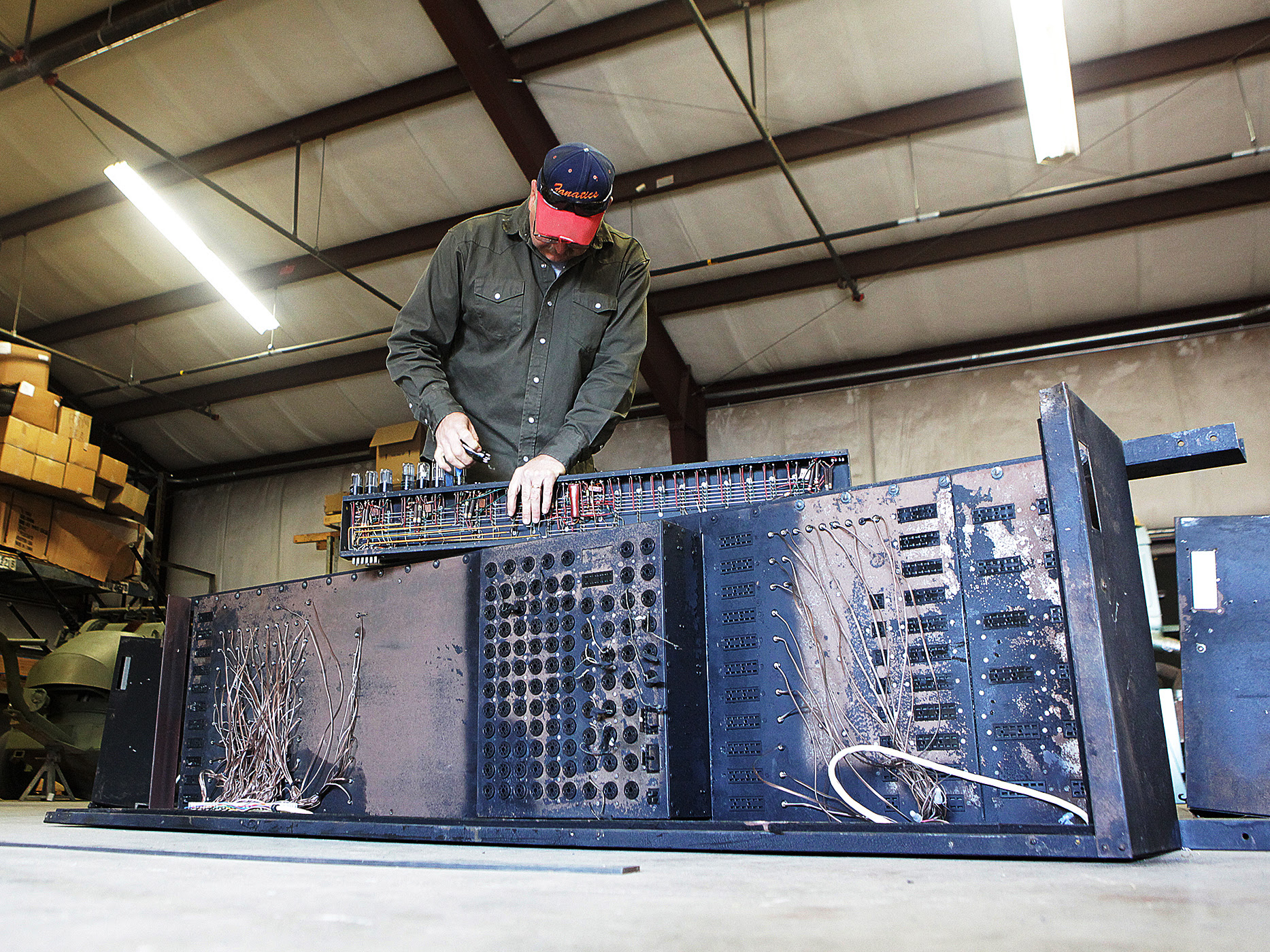 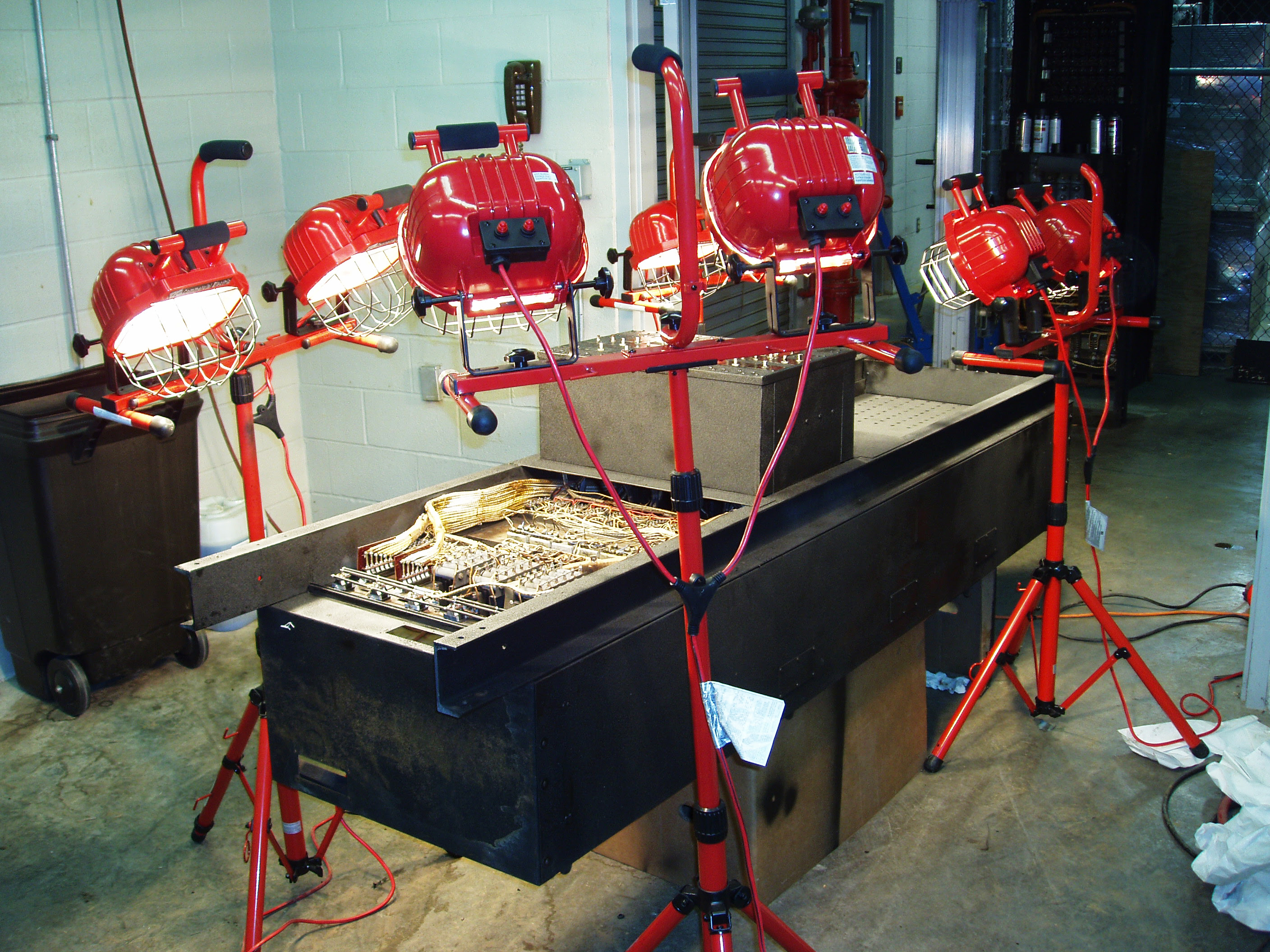 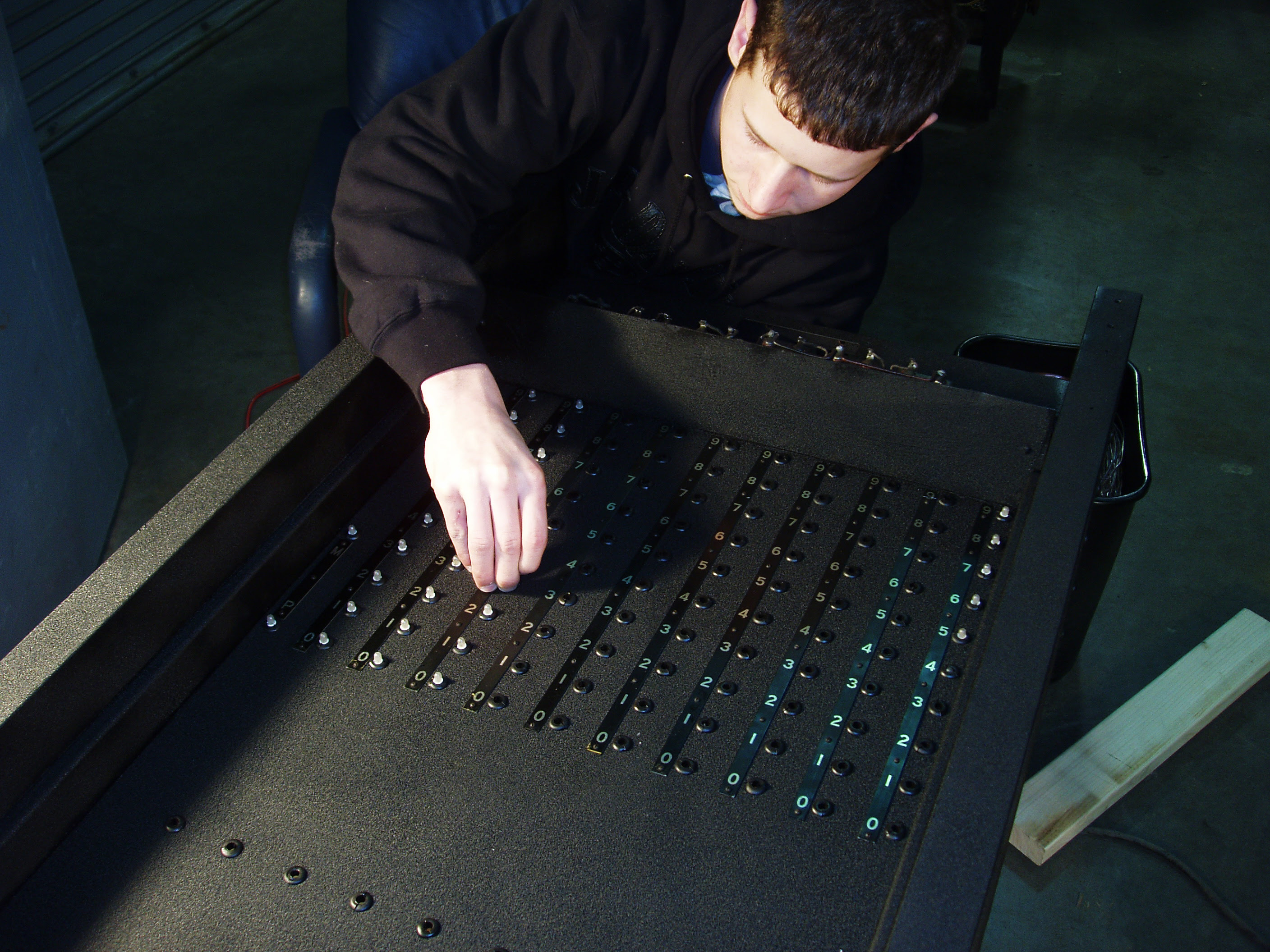 An Anti-Torture Logo That Cleverly Communicates Across Three Cultures 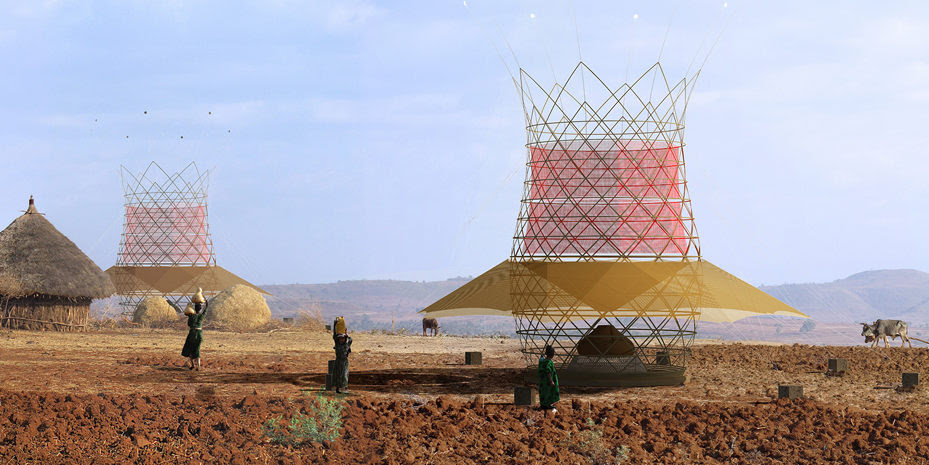 A Bamboo Tower That Produces Water From Air 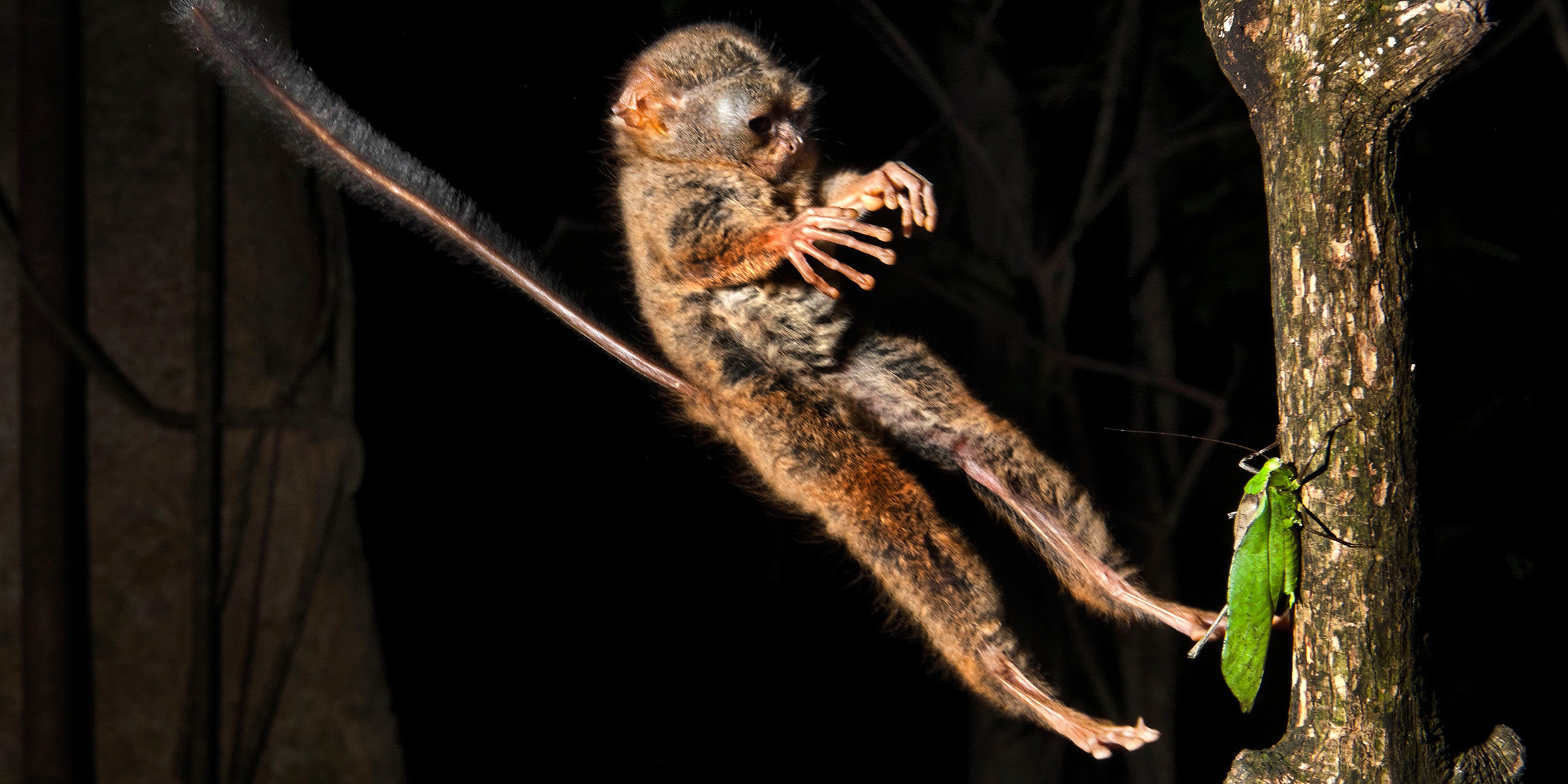 Absurd Creature of the Week: The Tiny Primate That Was Probably the Inspiration for Yoda 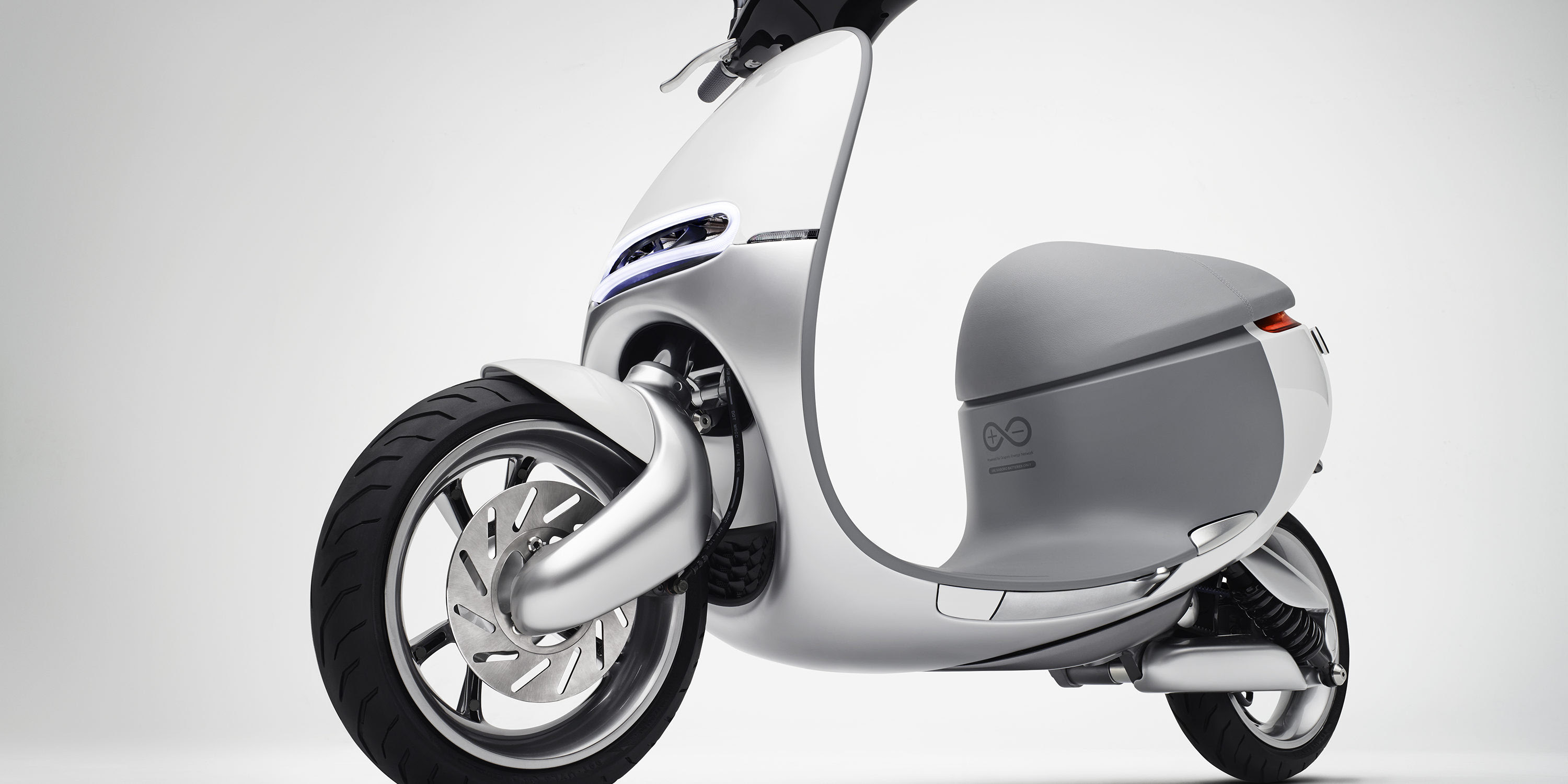 The Electric Scooter Scheme That Could Finally Make Battery-Swapping Work 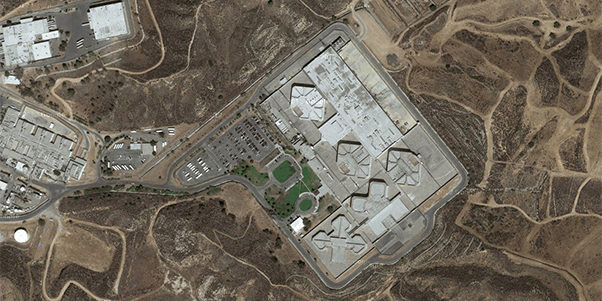 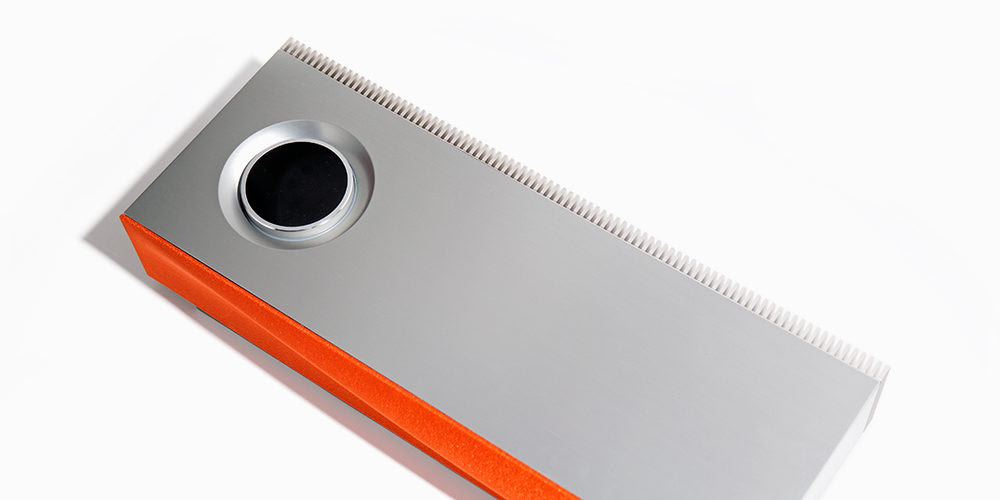 1 / 6
An ENIAC clerk registers information with banks of dials, at Aberdeen Proving Ground, 1947.

FRANCIS MILLER/THE LIFE PICTURE COLLECTION/GETTY IMAGES
Eccentric billionaires are tough to impress, so their minions must always think big when handed vague assignments. Ross Perot’s staffers did just that in 2006, when their boss declared that he wanted to decorate his Plano, Texas, headquarters with relics from computing history. Aware that a few measly Apple I’s and Altair 880’s wouldn’t be enough to satisfy a former presidential candidate, Perot’s people decided to acquire a more singular prize: a big chunk of ENIAC, the “Electronic Numerical Integrator And Computer.” The ENIAC was a 27-ton, 1,800-square-footbundle of vacuum tubes and diodes that was arguably the world’s first true computer. The hardware that Perot’s team diligently unearthed and lovingly refurbished is now accessible to the general public for the first time, back at the same Army base where it almost rotted into oblivion.
ENIAC was conceived in the thick of World War II, as a tool to help artillerymen calculate the trajectories of shells. Though construction began a year before D-Day, the computer wasn’t activated until November 1945, by which time the U.S. Army’s guns had fallen silent. But the military still found plenty of use for ENIAC as the Cold War began—the machine’s 17,468 vacuum tubes were put to work by the developers of the first hydrogen bomb, who needed a way to test the feasibility of their early designs. The scientists at Los Alamos later declared that they could never have achieved success without ENIAC’s awesome computing might: the machine could execute 5,000 instructions per second, a capability that made it a thousand times faster than the electromechanical calculators of the day. (An iPhone 6, by contrast, can zip through 25 billion instructions per second.)
When the Army declared ENIAC obsolete in 1955, however, the historic invention was treated with scant respect: its 40 panels, each of which weighed an average of 858 pounds, were divvied up and strewn about with little care. Some of the hardware landed in the hands of folks who appreciated its significance—the engineer Arthur Burks, for example, donated his panel to the University of Michigan, and the Smithsonian managed to snag a couple of panels for its collection, too. But as Libby Craft, Perot’s director of special projects, found out to her chagrin, much of ENIAC vanished into disorganized warehouses, a bit like the Ark of the Covenant at the end of Raiders of the Lost Ark.

Lost in the bureaucracy

“As time went on, new people would come in and the storage records they got probably weren’t as good as they should have been,” says Craft, who was the person most responsible for tracking down what remained of ENIAC. “And so when they’d need more space, they’d look at this hunk of metal that they didn’t know anything about. And they’d go ahead and dispose of it.”
Craft was on the verge of ending her search when an Army functionary dug up documents indicating that some panels had once been shipped from the Aberdeen (MD) Proving Ground to Oklahoma’s Fort Sill, home to the Army’s field artillery museum. When Craft contacted Fort Sill to inquire, the museum’s curator was stunned to discover that he did, indeed, possess the world’s largest trove of ENIAC hardware—nine panels in total, all stored in anonymous wooden crates that hadn’t been pried open in years. Fort Sill officials are unclear as to how they ended up with nearly a quarter of ENIAC, pieces of which also came to Oklahoma from the Anniston (AL) Army Depot. 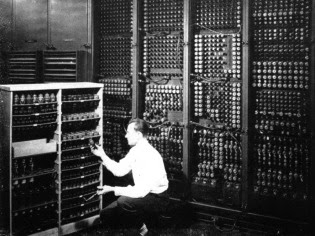 An ENIAC technician changes a tube.

US Army
Craft struck a deal to borrow eight of Fort Sill’s panels in exchange for a promise to restore the hardware to some semblance of its former glory. The restoration project was assigned to Dan Gleason, a video-conferencing engineer at Perot Systems who had zero experience with fixing vintage computers. Gleason realized early on that he couldn’t make his portion of ENIAC run actual calculations—such an endeavor would require all 40 panels, not to mention thousands of new components and technical know-how that had long been forgotten. But he resolved to make the computer at least appear like it was hard at work figuring out the best flight paths for howitzer shells.

Restoration and the return home

The first step for Gleason was to address the panels’ cosmetic deficiencies; the exterior metal was badly rusted. (One of the eight panels was so water damaged, in fact, that it couldn’t be salvaged.) Gleason sandblasted the panels, then coated them with black wrinkle paint that he procured from dozens of auto-body shops. Once the paint dried, Gleason and his son, Jonathan, laboriously soldered 600 new lamp bulbs into place. Those bulbs were then connected to a motion sensor, so they would flash in random order when an observer approaches. Gleason also fabricated a massive steel frame that prevents the panels from tipping over and crushing the protruding vacuum tubes on its sides (not to mention unfortunate passers-by).
The revamped ENIAC went on display at Perot’s office building in 2007, but relatively few people had the chance to see it; the building is a secure facility that doesn’t welcome the general public, though a few computing nerds were able to arrange special tours. But Perot’s company, which was purchased by Dell in 2009, recently announced that it will soon be moving to new digs, so the time seemed right to return the panels to Fort Sill. The 6,864-pounds’-worth of computing history, encased in mounds of bubble wrap, made its way back to Oklahoma in late September. Because Dan Gleason had the foresight to wire the panels’ lights using simple spade connectors and an off-the-shelf 12-channel DMX controller, the Fort Sill museum had little trouble getting ENIAC back in working order. The toughest part was piecing together Gleason’s steel frame, which was more elaborate than museum officials had anticipated.
The ENIAC panels went on display at Fort Sill in late October, though some more restoration work remains to be done. The museum is in the process of obtaining a few new vacuum tubes, for example, to give the unit an even more authentic appearance. The panels will never be able to run any bona fide calculations, of course, but that’s probably for the best. Even in its heyday, ENIAC required a whopping 30 milliseconds to figure out the square root of a complicated number. Who has the patience for such long waits nowadays?
The Fort Sill Field Artillery Museum is open from 9 a.m. to 5 p.m., Tuesday through Saturday. Admission is free, but visitors over the age of 15 will need to show a valid photo ID to enter the base.

Posted by Lawrence Kreger at 9:06 PM